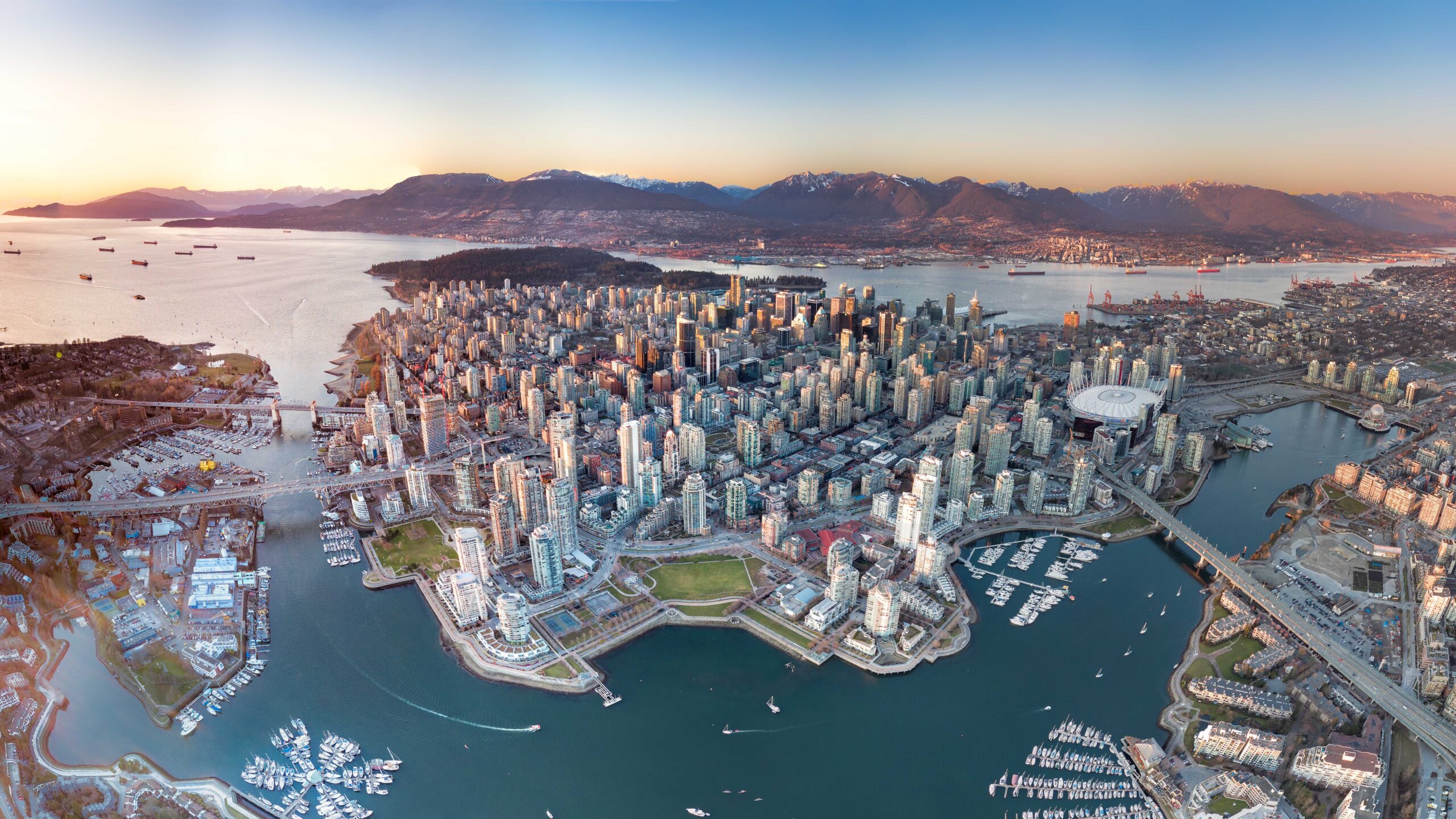 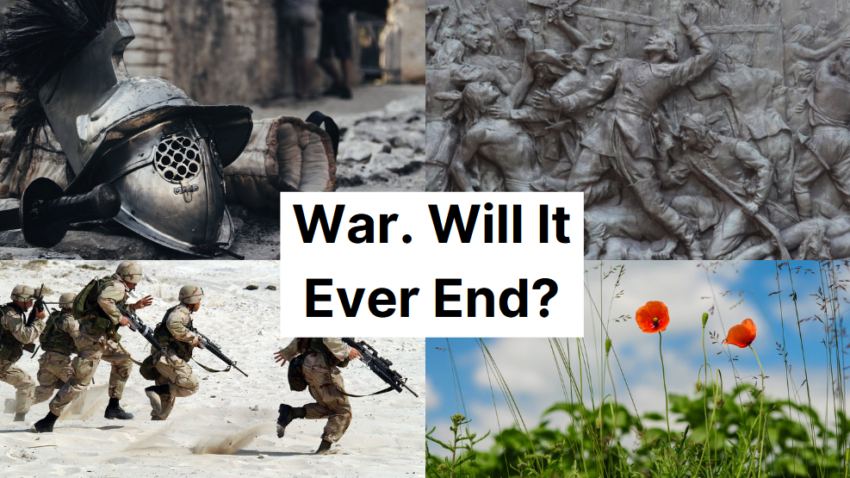 (2021) Are we hard-wired for war? Is our propensity for warfare genetic/biological or is it cultural or learned? Either way, the primary cause of war is human nature. There is something completely imbecilic about warfare and yet we keep engaging in it. Why is that? The main reasons seem to come down to lawlessness in the world. International law is still a concept. We are still walking around clubbing ourselves over each other’s heads. Might makes right. We fight over territory, resources, wealth, access to markets, influence, hubris, ideology, religion, fear, control, and launch attacks pre-emptively out of distrust or for defensive purposes. We are obviously still quite ignorant and tribal. Some soldiers and combatants will tell you that there is even exhilaration and joy in warfare.

If there was law in the world, war would be outlawed or illegal, the way attacking someone will land you in jail. We are just not there yet. The world is still rife with despicable regimes of every stripe and for war to end, these regimes would all have to disappear. Then, the world’s governments would have to agree to all play by the same set of rules/laws, which would require a re-ordering of the status quo. Getting the Security Council at the UN to give up their veto power would be easy – not!  These rules would have to be enforceable by a military. There would have to be only one military, beholden to the ensemble of member states (none of which would be represented by despicable regimes remember). The idea of a world government would also be an easy sell of course – again not! I’m not sure there is any easier way to achieve word peace or end war. Our best attempt so far has been through the United Nations, which was created to avoid WW3, but the UN does not have the teeth to impose or outlaw war in the field. The UN works on consensus and the will of its members.

Most of the oppression in the world is not conducted by one nation against another nation – though this is happening in some cases. Most of the oppression in the word is a result of corruption, mismanagement, and gigantic theft by corrupt governments or groups of individuals, against their own people; literal looters and criminals who posses police and military powers. Sadly, there are only 23 full democracies in the world (out of 195 nations).

In the future, transparency and global law and order, brought about by artificial intelligence (AI) and block chain technology will make it impossible for corrupt regimes to get away with the theft and corruption so rampant today. War itself can eventually be eradicated also. We will require AI to get there because only AI can grasp the macro and micro challenges and solutions to take us there. We have not been able to outlaw war by ourselves, but technology may help us get there. We were not able to fly either, but we invented airplanes. There is hope yet!

The fact is that we’ve never had it so good as we do today! Not since the 200-year Pax Romana have so many of us enjoyed such a period of peace and prosperity. There are today only a handful of ongoing wars; with the main ones being in Afghanistan, Tigray in Ethiopia and Yemen.

There are some other conflicts of course, like the ones fuelled by the Islamists of Boko Haram in West Africa and their ilk in the Sahel region, Syria (which has the worst behind it), and now Mozambique, but also lots of other low-level conflicts like in Ukraine, Somalia, the DRC, Libya, Central African Republic, Iraq, and so on. And there are also UN and other brokered cease-fires in effect. There is never a shortage of deployments for UN Peacekeepers.

While there is always a chance that one of these conflicts can conflagrate into a wider more dangerous regional war like the Tigray-Ethiopia War or the conflict in Ukraine for example, most are likely to remain quite localized.

The biggest dangers relating to war today would have to involve any conflict between any of the major powers such as the United States, Russia, or China. Fortunately for all of us, the US, Russia and China are all rational players – the cold war concept of mutually assured destruction is still in effect. After a few short decades of living in a post-cold-war world without the prospect of being incinerated by a nuclear blast, it is truly disheartening to see the massive military build-up and rivalry developing between the US and China.

The biggest hot spot is in the South China Seas and related to China’s pursuit of re-unification with Taiwan. It is a matter of time before China takes over Taiwan, and it is unlikely that the United States or anyone will be able to do anything about it. When that happens, a new cold war will have shifted into high gear and with it, numerous smaller proxy conflicts will develop as well as arms proliferation.

The other major danger zones include the NATO-Russia border areas. A NATO member like Turkey for example could clash with Russia for example. As well, the India-China-Pakistan border region is another major danger zone. Specifically, the tensions between India and Pakistan are a potential nuclear flashpoint. The devastation for both countries as well as for the environment would be severe.

North Korea and Iran do not pose any real existential threat, although a nuclear armed Iran would tip the power balance in the Middle East with the worst outcome being that it would likely cause others like Saudi Arabia and Egypt for example to acquire nuclear weapons. North Korea has already acquired nuclear weapons and the best thing we could do is to make sure the nuclear club does not grow to include any more members. North Korea will not attack anyone. It developed its nuclear to ensure regime continuity. In fact, if anything, North Korea is probably the biggest headache for China – its ally. It should be noted that it is a real credit to both Africa and South America that they remain nuclear weapons free continents.

Many tensions in the world are exacerbated by the weapons industry and the business of war. Militaries around the world will often exaggerate a threat or create one where one does not exist to justify defense budgets. Defense accounts for nearly 800,000 jobs in the US alone – mostly good paying jobs. Obviously, wars are a boon for weapons sales. Weapons manufacturers often have no qualms about selling their weapons to human rights violators or to any and all sides. Consider the Iran-Iraq war (1980-1988) where for example where Portugal, Spain, and Yugoslavia sold weapons to both Iran and Iraq. This is not an isolated example. More recently, in the Nagorno-Karabakh War (2020), Russia had supplied arms to both Azerbaijan and Armenia. This last conflict is interesting in that we saw a new war being fought ‘and won’ by drones. The Turkish and Israeli made drones that the Azeris used were highly effective in defeating the Armenian army. Worldwide, orders for drones have gone up significantly since.

Wars will be increasingly fought with drones and not just aerial drones, but naval ones, and infantry ones; and the battlefield is shaping up to take place in space also. The US Space force was created in part in response to the development of anti-satellite missiles and weapons by China and Russia. Predicting how future warfare will look like is as hard as it was for someone in Napoleon’s army predicting the use of tanks, submarines, ICBMs or aircraft. Wars fought by robots, high powered laser weapons, and concepts we can’t even imagine are on the horizon.

War has changed society in the past, sometimes for the better. A lot of medical innovation and advancement was as a result of battlefield experience, and huge technological advances were made in the 20th century as a result of military know-how being converted into civilian know-how and consumer goods.

Women massively joined the workforce as a result of men being away in WW1 and WW2 greatly advancing women’s rights. And many independence movements (as well as civil rights movements) were triggered by returning soldiers who acquired new important skills, and who had been treated with a degree of respect in the military that they had not experienced before.

War has also devastated entire populations, displaced people, created famines, disease, misery and death. Sometime, cultures are nearly annihilated like many of the world’s indigenous cultures. For a culture to recover – it can sometimes take a millennia or more like we have seen in the Western World’s post-Roman collapse. The West took over 1000 years to recover with some parts of the former Roman Empire yet to recover. Other cultures have survived through acculturation, and others never recover or have suffered such shock that the fabric of their society is severely damaged.

In 1914, Britannia ruled the waves. It was at the height of its Empire. After sending the flower of its youth (an entire generation) into the trenches of WW1, Britain lost its leadership position in the world. It is incalculable how many scientists, future engineers, inventors and others were lost. This last example is unfortunately a frequent re-occurrence in history. Policy makers and governments around the world need to do what’s necessary to keep the war mongers at bay and keep us out of war. We need to evolve. We can end war. It is possible!