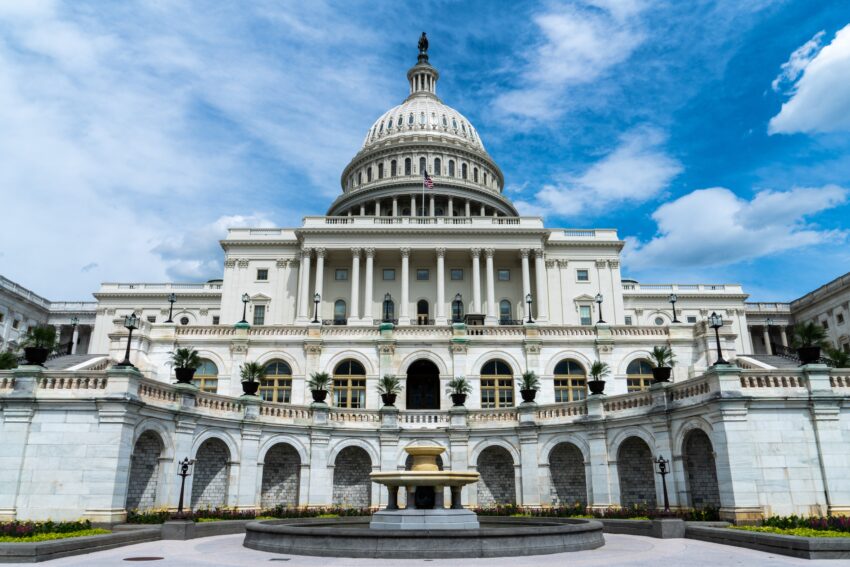 (February) Is this the last we’ve seen of Trump’s rioters and that type of demagoguery? It’s hard to tell, but it might not be unfortunately. It all depends. Major mainstream political parties and democracies across the Western world should pay particular attention. Simply brushing off the rioters as just extremists or lunatics without addressing or even recognizing the underlying causes is unwise. They were simply the shock troops of a larger group of people that feel increasingly economically and socially disenfranchised. And they simply cannot be ignored or brushed aside.

Blaming everything on Trump and even silencing him will not solve the underlying issues. It’s not to suggest that the rioters are not extremists or even lunatics, and neither am I saying that Trump is innocent. Of course Biden won, and of course the storming of the capitol was an affront to the values most of us hold dear – free and fair elections, the rule of law, and the smooth transition of power. This is not an apologia for Trump. In fact, I actually made an eerily prescient video lamenting the assault on America’s democratic institutions – just 2 days before the storming of the Capitol. I even compared it to the barbarian attack on the imperial city of Constantinople in 378 CE.

The question is: Why is this happening? Why did Trump get elected in the first place, and why did he get so many votes in 2020? Among the Trump supporters, there are the hard core loyalists that no matter what Trump does, they will follow him. He could burn down all of DC whilst singing and laughing on the White House balcony, admit to it, and still have that loyal core of followers – they’re the shock troops I referred to earlier.  Most of them presumably vote. Then you have all the one issue voters – your guns and bibles types – the evangelicals, etc. You also have the anyone but Biden crowd. A lot of those guys believe he is a socialist.

All these aforementioned groups, we can surmise voted for Trump because he addressed their main issues be it the second amendment or some other key concern. Then, there are all the mainstream Trump supporters that voted for Trump because he does what he says he is going to do, does not start wars, is tougher on immigration, is a tax break kind of guy or any other list of reasons they may have seen fit to vote for him. That’s a total of 74 million votes that were cast in his favour. Basically, nearly half the country. And let’s not forget all the people that ‘wanted’ to vote for Trump but couldn’t bring themselves to do it because he effectively pushed them away with one too many unforgivable blunders. If it were not for all those political faux pas, Trump could have easily won, even with the pandemic, or at least set himself up for a comeback in 2024.

So what drove all those mainstream voters to keep following Trump and overlook or turn a blind eye to his increasingly outrageous and dangerous antics? Aside from the fringe lunatics, a lot of Trump supporters are smart, decent law, abiding people. You can’t brush off a large swath of the electorate as (sic) deplorables.  What is the discontent? Well the issue comes down to basically 2 things: employment, and immigration. There are other major issues of course but these are the 2 big issues that really concern millions and millions of normal sane Americans. And its not only a concern for voters in the US but also around the western world and beyond. Trump just tapped into something that was already there; unease with high levels of immigration and the loss of millions of good paying jobs due to automation and offshoring. Trump happened for the same reason Brexit happened. Because politicians or mainstream parties were not really listening to the concerns of the masses. The masses are concerned about jobs. Mass unemployment is very dangerous. All the unrest is tied to that. If people are working and going about their business you have a lot more stability. A solution needs to be found for the millions of out of work Americans that need to be re-trained into the new robot economy. Either that or a Universal Basic Income has to happen.

One thing’s for sure, ignoring the problem is not going to make it go away. All it takes is a demagogue to come along to tap into the discontent to really cause some damage. It’s the demagogue that is smooth, polished and charming that we have to really worry about. When whole sections of the population have grievances and are not heard, it can create fertile ground for extremist ideologies. Often, dangerous groups have come to power by offering radical ideas where the mainstream parties or regimes were offering nothing new but instead just maintaining the status quo. This was equally true of the rise of the NSDP in Weimar Germany on the right as it was to the Bolshevik Revolutionaries on the left. Immigration and population. It’s a big issue. And simply calling out those who oppose immigration or never-ending population growth as racist and xenophobic or otherwise is also foolish and dangerous because it stamps out intelligent debate around a legitimate concern. And the issue never really gets silenced anyway, but festers and finds ready champions in far right type parties or leaders. In that way, the narrative is taken over by true racists and xenophobes, who eventually create scapegoats.

We’re not just talking about the United States here. Populism and nativism exists in other major western democracies and can find standard bearers in the form of extreme parties or groups.  The point here is not to argue for or against immigration. The point is to alert governments not to ignore the masses. If a government wants immigration or needs to increase immigration levels – for whatever reason, be it boosting the tax base or the GDP or wealth; or populating certain areas, or staving off population decline, they need to sell the whole concept to the public properly. Governments need to have citizen buy in on this – if they don’t, even if it’s the best policy for the future of the nation – it can all backfire spectacularly a la Brexit.

We’re not talking about giving ugly populists, racists and nativists a microphone to spew out their hatreds and insecurities – we’re talking about listening to and acting on the concerns of the electorate and removing any potential fuel from igniting when it comes to major issues like immigration. You don’t want to force down policies of this nature without broad consensus – even if its in the interest of the nation to do so. If these concerns are sidelined there will be a backlash as we saw with the election of Trump and Brexit. All Trump had to was appeal to those nativist fears and talk about building a wall and jobs, jobs, jobs to win. If Biden, the Democrats or the Republicans or other western governments don’t allay fears over immigration legal and illegal, or find a way to tackle mass unemployment, who knows what kind of political parties or leaders will emerge.